Today was devoted to progression and polish. I tweaked the level generator so it could generate levels of increasing size and difficulty and strung them together in sequence. Then I added a help menu and tidied up some of the presentation to try and make it clearer what is going on. In the screenshot below the player is getting smacked around by the guard. 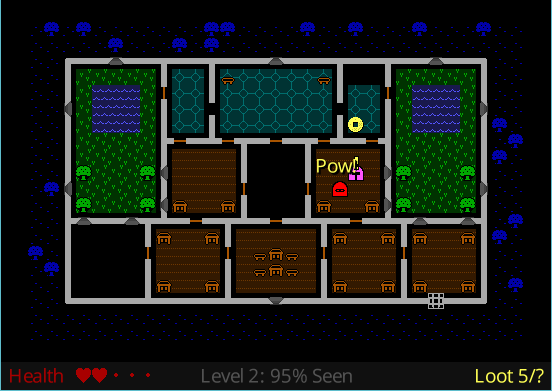 I cut a bunch of stuff but the resulting game should be good for a few minutes of fun. We have a giant wind storm and power is spotty in the neighborhood so I'm going to call it good.

Here's a link to the zip file containing the game. It runs on Windows. Enjoy!

The game looks pretty much the same today as yesterday, but it's actually somewhat entertaining to play now.

The guard patrols work more-or-less as expected. There are a couple of pathfinding bugs (guards occasionally move on top of each other, or double back unexpectedly) but they're relatively minor.

The other big gameplay change was to streamline and have the player implicitly open and close doors, instead of doing it explicitly. This keeps the flow going better and requires less fiddly stuff. 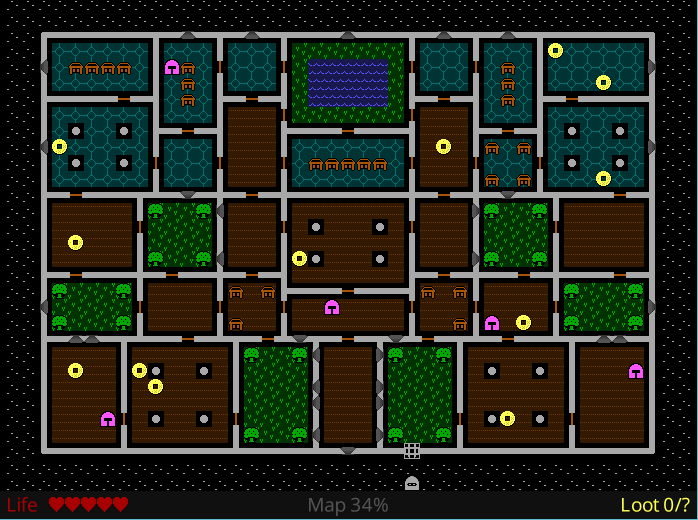 Not much to see in the screenshot. There is a bit of furniture you can hide under inside the house now.

Tomorrow is the wrap-up. I still need to put in a help screen, level win conditions, and a level progression. If I have time I'd like to get in a collectible key that grants access to the upper blue-floored parts of the levels, and there are a couple of other functionality changes on the list.

Posted by James McNeill at 11:48 PM No comments: 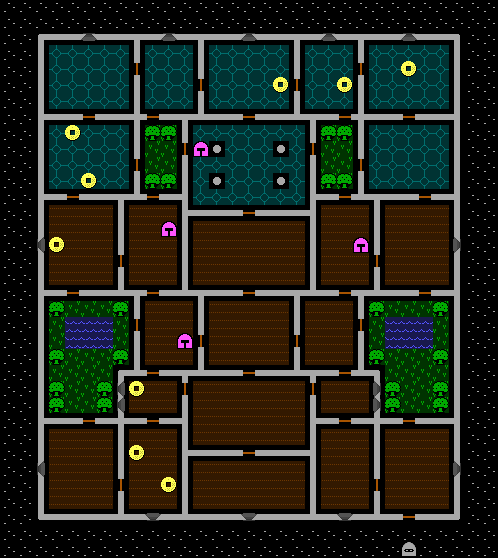 There are still room decorations to place and some bugs to fix with the existing room decorations. I'm trying to represent the hierarchy of the space by having the upper quarter or so of the rooms be a “master suite.” Eventually there will be more of the treasure here, and I've experimented with having locks separating it from the rest of the house. 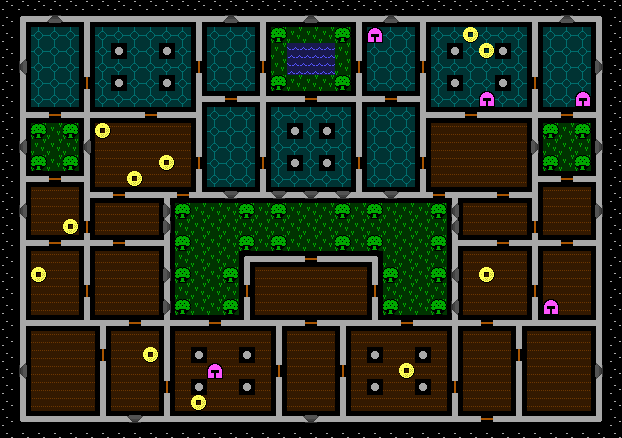 Getting guards to patrol in a reasonable fashion is proving difficult. There are many more chokepoints in these levels than in my previous test levels, so guards tend to get stuck trying to go through doorways in opposing directions.

For a bit more thinking-on-your-feet, I decided to switch from fixed patrol routes to a system where guards wander from room to room, exiting a different way than they came in. I'm still in the middle of implementing that, though. My hope is that if two guards happen to bump into each other in a room they can exchange a couple of lines of dialogue and then head their separate ways.

The one-way windows work pretty well. I want to restrict visibility to be one-way through them as well, but I don't know if I'll get to that. At the moment the player can see through them but the guards can't.

Posted by James McNeill at 9:23 PM No comments:

It's the end of my second day of work on this year's Seven-Day Roguelike entry.

The first day was devoted to fixing bugs and finishing some refactoring I'd begun a long time ago. I wanted to render objects like tables and chairs on top of the floor, with alpha, instead of having the table or chair tile completely replace the underlying floor. It is mostly aesthetic, but it is a pain to get right.

I grabbed the starship generator from my old SpaceRL project and have been cleaning it up and turning it into something that can generate courtyard houses. 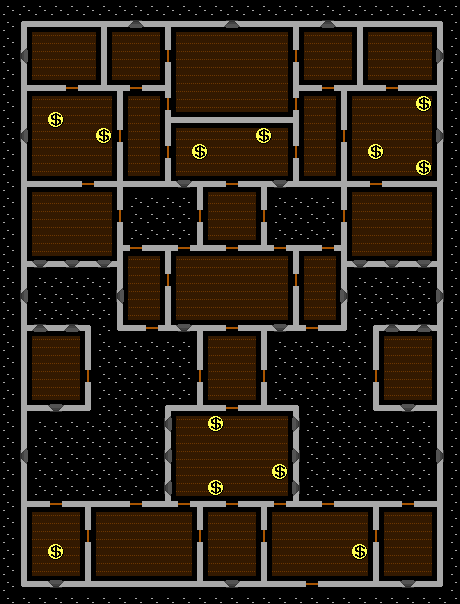 The little wedge-shaped things in the walls are supposed to be one-way windows. The idea is that they're up higher, or latched from inside, or something like that so you can jump through them one way but not the other. This is to give the player quick escapes from inner areas toward outer areas. I don't know yet if it'll work as intended; I haven't got guard patrols into the generator yet. That'll be the first thing for tomorrow.

Hopefully the last day or two I can work on the graphics so they're not quite as hard to look at. My main priorities, though, are to get a random level generator that produces fun levels, and to try to tell a bit of story.

Posted by James McNeill at 9:56 PM No comments:

I'll be getting a late start this year due to a travel conflict; probably on Tuesday the 8th.

Because of the short time frame I'm going with some existing game mechanics. A few years back I made a prototype that attempted to adapt Thief (one of my all-time favorite games) to a turn-based game. You can play that version here.

This year's 7DRL goals are to add a random level generator and a narrative. For levels I've been buying books and reading up about Chinese courtyard houses. Here are some layouts I did by hand to try to get a feel for the things I want to generate: 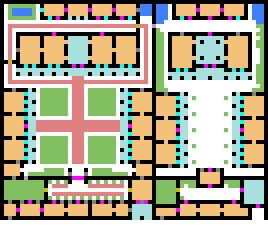 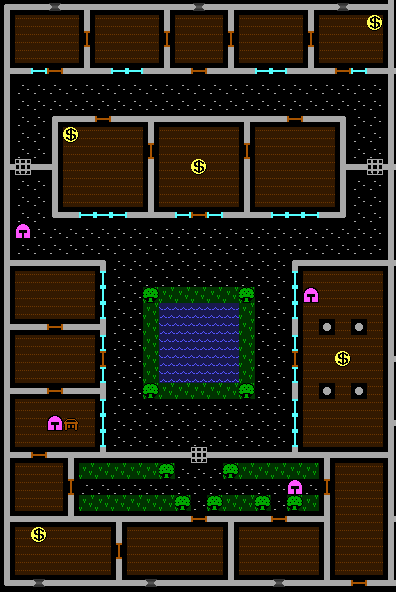 For a plot I'm probably going to crib something from Barry Hughart's Bridge of Birds, so expect supernatural crime. I don't know that I can match his delirious prose style and I know almost nothing about ancient China apart from courtyard houses so it'll probably be a travesty.

Posted by James McNeill at 6:47 AM No comments: